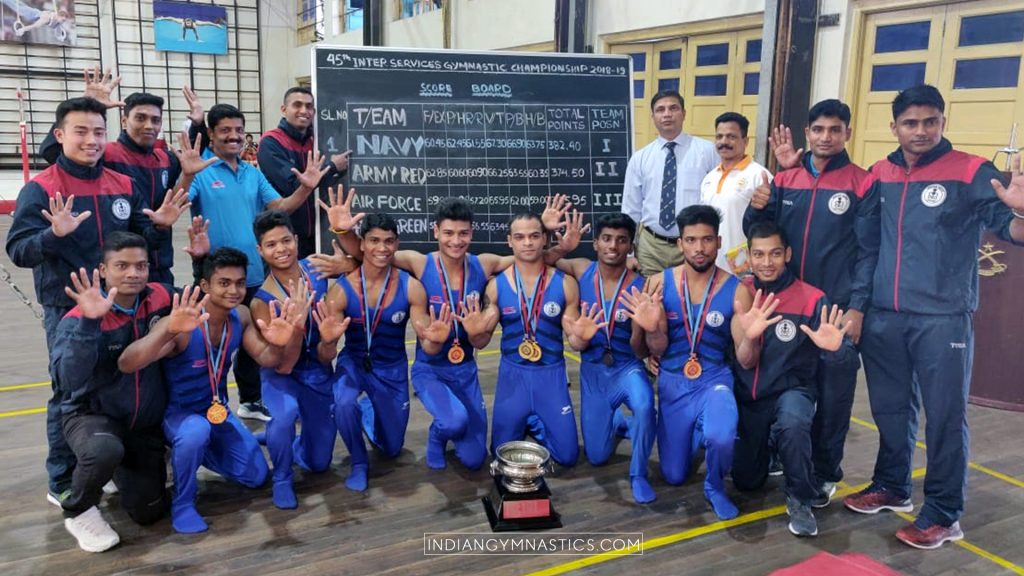 The 45th Inter Services Gymnastics Championships just concluded at AIPT in Pune. They were held from the 12th to the 15th of November. This competition is extremely prestigious among the Services teams. The main contenders for the title among the men were the Navy, Army Red, Army Green and Air Force teams, however in the end, the Navy team emerged the champions winning the final for the 10th consecutive year. Supported by the leadership of leading Indian gymnast, Rakesh Patra, the team trains at INS Hamla in Malad, under the guidance of coaches, BL Bayaskar and Aswini Samatrey. The team scored a whopping 382.40 to secure a comfortable victory over the Army Red team that scored 374.50. The Air Force team sneaked in a third place finish with 355.95.

Here are the detailed results with an event break up: