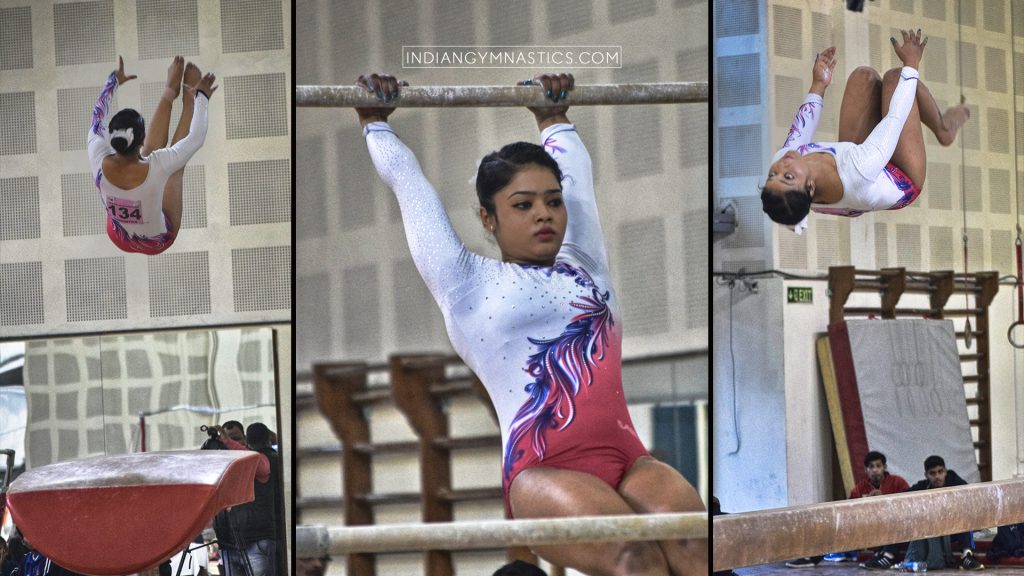 Pranati Nayak is one of India’s most consistent women’s artistic gymnast. She has represented India at numerous World Cups, Asian Games, World Championship and many other international competitions. She made the Beam and Vault finals at the Senior Asian Gymnastics Championships last year at Bangkok. She recently competed at the World Cup in Melbourne from the 21st to 24th of February 2018, where she made it to the Vault final placing sixth.

We had a chance to speak to her about her experience at the Melbourne World Cup and catch up on her preparation for the CWG Games.

IG: How is your training been leading up to the Commonwealth Games?

PN: It’s going well. We are not changing our routines.  After World Cup we only have one month, so we are only cleaning up our skills and polishing our routines. I had some landing and execution deductions at World Cup, so I’m trying to clean up my landings to avoid any such deductions this time. My current focus is beam and vault since they are my strongest events, and my target is to make the finals on both those events.

IG: Tell us about your performance at the recent Melbourne World Cup. What happened in the finals?

PN: After my first vault there was some confusion among the judges, where they thought I was going to compete the Handspring half turn but instead I had planned to compete the Kasamatsu.  I had to wait a while longer after my first vault because of the confusion. I’m trying to improve that so it never happens again. My second vault was a piked hand front with half turn. I couldn’t land it the way I wished to, but it was better than qualifications. I’m now working on my landings and execution.

IG: What was your reaction after your performance on the Vault?

PN: After my performance in the finals I immediately figured that my landing wasn’t very good and there were some execution deductions. We had CWG Trials and right after that we competed at the World Cup. Before the trials, the Khelo India School Games were held in Delhi and therefore we couldn’t train as regularly as we would have liked to. I believe if we would have had more time during this period to train, I would have done better.

IG: We saw you limping after your second vault during the Vault Finals. Were you injured? How’s the recovery going?

PN: During the CWG Trials, I had under rotated my double pike on floor. It hurt my ankle and it bothered me a lot but I still managed to finish the trials and come out on top. A similar thing happened when I did the Kasamatsu at Melbourne in the Vault Finals. It’s better now and I am still continuing my regular rehab and strengthening.

IG: Are you planning to focus on specific events or the all around as well? Are you going to make any changes or upgrades in any events?

PN: Yes, I will be doing the all around, but I have a better chance to qualify for the Vault and Beam finals. As I said earlier, I am mostly cleaning up routines since there is no time to add any new skills. Since 2014 I have never fallen at any international competition, but unfortunately in Melbourne, I fell on my front somersault mount on beam. I have never fallen on my mount but I don’t know what happened that day. I couldn’t complete the routine the way I usually do and I felt as though I couldn’t give my best performance. So now I’m preparing even better so this won’t happen at the Commonwealth Games.

IG: What do you think about your chances  for a medal at these Commonwealth Games?

PN: There will be a very tough fight in this CWG. My focus is to do my best and not repeat the mistakes that I made at the World Cup. If I could manage to do the Tsukahara 720 and Hand Front Piked 360 or 540 turn, there would be a chance for a medal for sure. But with the less difficult vaults, the chance is not too likely.

IG: Where do you think Indian Gymnastics stands at the world level?

PN: Dipa didi’s success has made gymnastics more famous. Before that there wasn’t much exposure or fame but after Dipa didi’s Olympic performance everyone knows about Indian gymnastics.

IG: You were in the beam and vault final in Asian Championship 2017. What do you think your chances are for the same at the CWG 2018?

PN: As I said, my first target is to qualify for the finals. And anything can happen in the finals. Asian games in my opinion is harder than the Commonwealth Games because of the stronger Asian countries like China, Japan, Korea and more. So there is a strong possibility to make finals at these CWG. 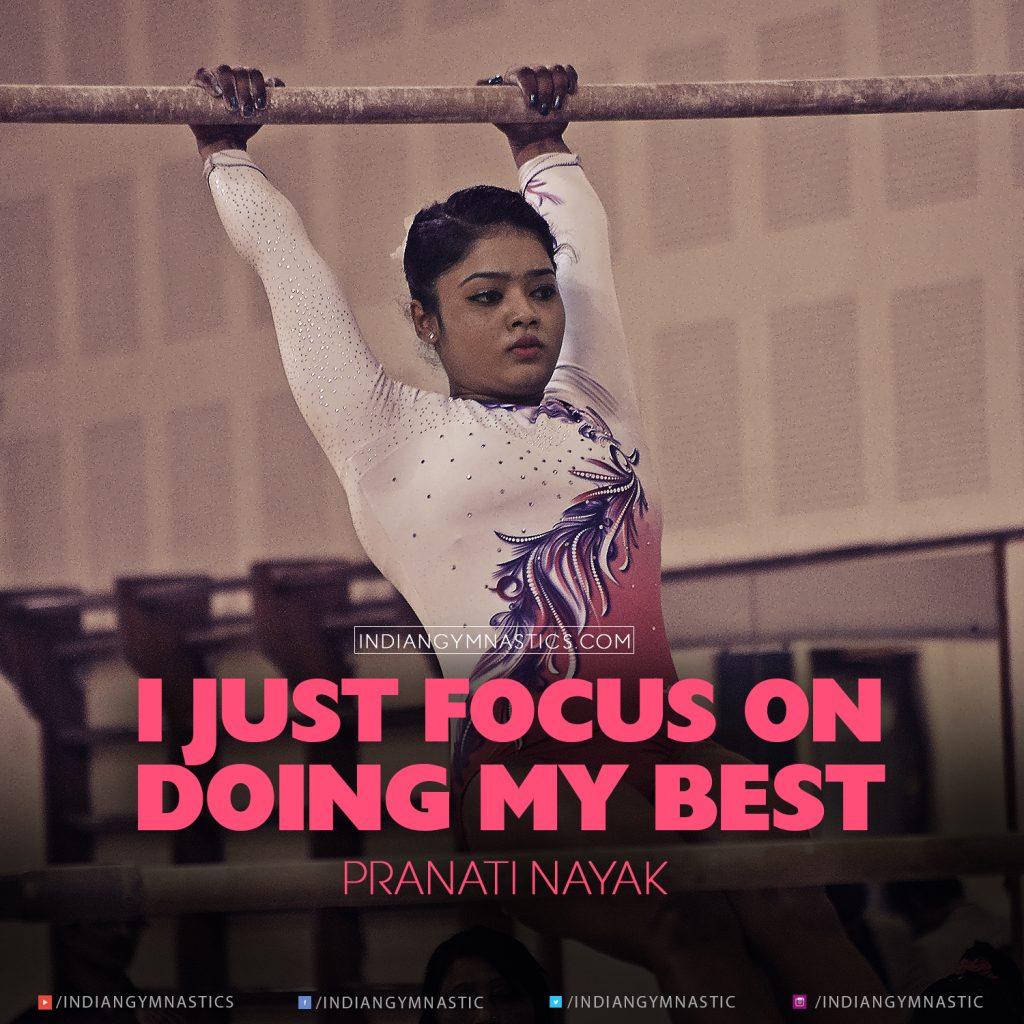 IG: How do you prepare mentally for competitions?

PN: I just focus on doing my best.

IG: How do you keep your performance consistent and add upgrades all these years?

PN: I think regular training camps that we have, have played a crucial role in my consistent performance. In my hometown it’s tough to get the camp environment. So in between camps when we go back to our states we mostly focus on conditioning and trying to stay fit. Our body weight fluctuates a lot so we need to take care of that as well. I think if we get longer camp like 2-3 years, it will definitely improve everyone’s performance. For example, for these Commonwealth Games, the training camp started only in late 2017. We would have been better prepared if this camp would have started 2 years ago.

IG: What are your future plans?

PN: We have Commonwealth games and then the Asian Games and then Worlds in October. For CWG I’m doing the same two vaults that I did at the World Cup. For Asians, plan is to upgrade my vault to Tsukahara 720 and Hand Front piked 360. Hopefully it will be ready by then.

We Wish Pranati Nayak the very best of luck for the Commonwealth Games and hope to see her in the finals!

Special Thanks to Aditi Gandhi for the editing.